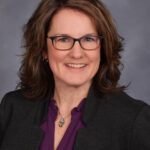 Nicole Wiese has been named Senior Vice President of Operations.  Wiese moves into this role from her position as Senior Vice President of Retail Banking, where she has led the Retail Deposit Operations and branch network for the past eight years.  Nicole has played a key leadership role in the bank operations focused on the overall strategy and efficiencies of the branch system to enable strong customer service and support, while also leading the Marketing and branding of the bank.  She rejoined the bank in 2003 after spending some time the with Fond du Lac Area Association of Commerce.

Wiese earned her Bachelor of Arts in Journalism with an Advertising/Public Relations emphasis and her Master’s Degree in Business Administration from the University of Wisconsin-Oshkosh. She is currently a senior at the Graduate of School of Banking in Madison. Wiese has served the local community through the board of directors of the Downtown Fond du Lac Partnership, Fond du Lac Family YMCA, and Fond du Lac Area United Way and recently completed service to the City of Fond du Lac Plan Commission. She currently participates in Fondy Band Boosters and lives in Fond du Lac with her family. 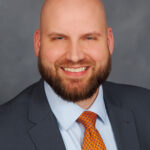 Bob Benzinger has been promoted to Vice President of Retail Banking. Benzinger takes his new role coming from the position of Loan Project Officer where he helped to lead a number of projects including the PPP program, Commercial Lender meetings, Retail Lending Technology reviews and creation of the Commercial Lending Portfolio Assistant role, as well as systemizing a consistent approach to onboarding new lenders to NEBAT.  Benzinger joined the bank in 2017, bringing with him a breadth of knowledge including training, branch operations and lending, as well as sales experience.

Originally from Kansas, Benzinger earned his Bachelor of Business Administration from the University of Wisconsin-Oshkosh and has also achieved various training certificates. Benzinger currently serves on the Envision Greater Fond du Lac Board of Directors and resides in St. Peter with his family.

National Exchange Bank & Trust is an independent, Wisconsin-based bank with convenient locations throughout Southeastern Wisconsin. For more information regarding the bank, visit nebat.com.